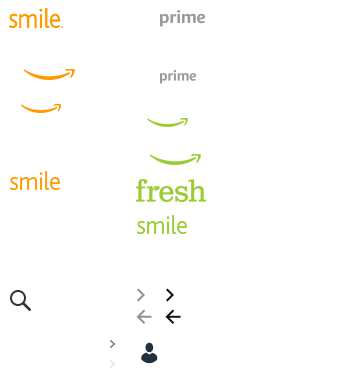 Page 1 of 1 Start overPage 1 of 1
This shopping feature will continue to load items when the Enter key is pressed. In order to navigate out of this carousel please use your heading shortcut key to navigate to the next or previous heading.
Previous page
Next page
Prime members enjoy FREE International Delivery with no minimum spend on items from Amazon US. Learn more

Joseph Koudelka
5.0 out of 5 starsGrace Is At Hand
24 May 2016 - Published on Amazon.com
Verified Purchase
This is the 2015 edition of this book. In this edition, the author has provided the most essential information necessary to help the reader understand the nature of the task set before him and what is required to accomplish the task at hand. He reveals the method that brought him to his own spiritual awakening, Awareness Watching Awareness, and in addition to this method, he provides the reader with an alternate primary method for attaining spiritual awakening if their ego will not allow them to practice the Awareness Watching Awareness method. This method he calls the Abandon Release Method. To enable the spiritual aspirant to continue practice during any and all activity The Loving All Method is also provided with thorough practice instructions. Several other secondary methods are also shared by the author along with how they may be incorporated into ones practice.

What really stands out for me is the love the author has for his reader. He really goes the distance to provide as much instruction and information as necessary to ensure the serious student achieves success. He wants Liberation to be available to all that desire freedom from suffering. In this regard, he makes it very clear that it is up to you, the reader, to put this information to use. He thoroughly covers the pitfalls and schemes the ego avails itself to, to thwart success and prevent its overthrow as the controller and decider. It is made clear that self honesty and the desire for freedom go hand in hand and are our main tools in our spiritual toolkit.

It is the authors own direct experience that makes this book the authoritative gem that it is. This is the map that worked for him. This is what he did to attain liberation in our day and age. What became possible for him, is now possible for the reader. Like all roadmaps of its kind, subsequent readings offer new insights. When combined with practice and aspiration, these insights increase in frequency and specificity. I have been made confident that I too will attain liberation in this lifetime.

J. Arcara
5.0 out of 5 starsA true map to follow
17 February 2019 - Published on Amazon.com
Verified Purchase
As a meditator of almost two decades, like most others, I have gone from method to method, reading books and blogs, following self serving Gurus and gotten nowhere.
Michael gives us a map to follow. No teachers. No giving money to teachers. As Michael stated, the practice is the teacher. Seeing a physical teacher would be counter productive.
I read one one star review that claims Michael is delusional and a cult leader. How sad for that reviewer to be so controlled by ego. Michael accepts no money, never teaches in public, and his material can be gotten for free online and on you tube. No money grabs. No cult meetings. Just advice from one who has escaped ego and wants the same for all humanity.
Is Micheal enlightened? Read the book and make your own decision. But, whatever you decide, no one will ask you for your life savings, want you to panhandle at airports or drink poisoned koolaid. All you'll do is learn a wonderful meditation that will hopefully make you happier and improve your life.
Read more
6 people found this helpful.

A. B.
5.0 out of 5 starsAmazing, Amazing, Amazing!!!!
3 October 2015 - Published on Amazon.com
Verified Purchase
I keep this at my bedside table. It is one of the most wonderful books I have ever read on Truth. It cuts to the chase and gives an amazing practice that puts you in Truth so that the false can more easily melt away in day to to day life. I have done a ton of meditation in my life and this book is meditation itself. I have already bought several copies for family members/friends. It is truly divine! I will be reading it over and over again for many years to come. Get it, you won't be disappointed!
Read more
21 people found this helpful.

Brian
5.0 out of 5 starsThe most clear teaching of the Direct Path to Freedom
1 July 2015 - Published on Amazon.com
Verified Purchase
I have read thousands of books on Enlightenment and Spirituality. I have studied directly with two Teachers whom I consider Enlightened. This is by far the most useful Teaching I have come across. There are so many key insights that are extremely helpful.

The book offers unparalleled clarity on discerning the difference between the True Self and the imposter ego. It offers an experiential way to see directly that one's thoughts are leading one away from Truth while pretending to lead you toward the Truth. It reveals that awakening the Extremely Intense Desire for Liberation will solve every problem an aspirant could ever encounter and then guides one in awakening that desire. It then clarifies the practice of diving into the Heart as recommended by Ramana Maharshi and other Great Sages and gives clear instructions on how to do that. This alone makes this book extraordinarily valuable. The instructions on how to practice Self-Abidance from other Great Teachers have always been vague to me. Describing this practice as Awareness watching Awareness makes Self-Abidance immediately accessible. I truly believe this is one of the greatest Spiritual books ever written. In short, it provides everything a Truth Seeker needs and nothing that is not needed.

The more I practice the teachings in this book, the more I realize how fortunate I am to have come into contact with such a rare Jewel in a world full of false teachings.

Read this book many times very slowly. Contemplating each line. Put it into practice and dedicate yourself to the Truth that you discover. The author has compiled several books of quotes that support this book and help to increase one's clarity and devotion. However, I would read this one first, as it provides a much greater context for studying the other material.
Read more
42 people found this helpful.

Sister Mary Debrecht
5.0 out of 5 starsIt is very helpful, but one must read it ...
16 July 2016 - Published on Amazon.com
Verified Purchase
It is very helpful,but one must read it slowly. I keep reading the chapters over and over before I proceed. I keep going back and starting over until I think I have more insights. It is a must read.
Read more
15 people found this helpful.
Go to Amazon.com to see all 21 reviews 4.0 out of 5 stars