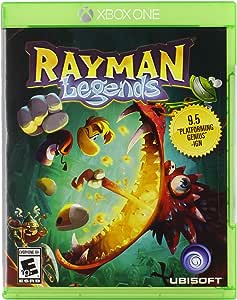 by Ubisoft
Platform : Xbox One
Available from these sellers.

The critically acclaimed Rayman Legends is now on Xbox One. Michel Ancel, celebrated creator of Rayman, Beyond Good & Evil, and Rabbids, brings his innovative creativity to next-gen consoles. 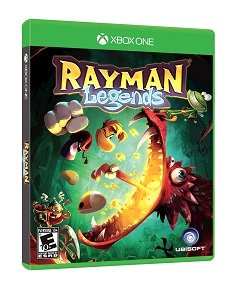 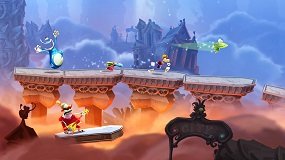 The Glade of Dreams is in trouble once again! During a 100-year nap, the nightmares multiplied and spread, creating new monsters even more terrifying than before. These creatures are the stuff of legend: dragons, giant toads, sea monsters, and even evil luchadores. With the help of Murfy, Rayman and Globox awake and must now help fight these nightmares and save the Teensies.

Rayman, Globox, and the Teensies are off wandering through an enchanted forest when they discover a mysterious tent filled with a series of captivating paintings. As they look more closely, they notice each painting seems to tell the story of a mythical world. While focusing on a painting that shows a medieval land, they are suddenly sucked into the painting, entering the world, and the adventure begins. The gang must run, jump and fight their way through each world to save the day and discover the secrets of every legendary painting. 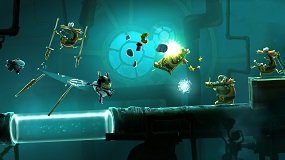 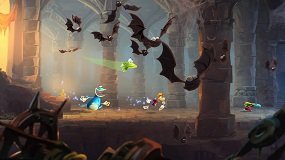 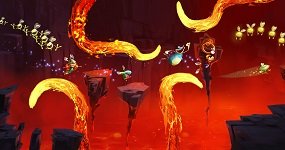 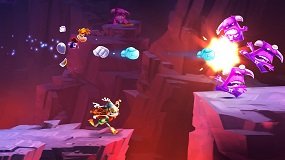 Robbie Adler
5.0 out of 5 starsThis game is great for all ages
14 September 2016 - Published on Amazon.com
Platform For Display: Xbox OneVerified Purchase
This game is great for all ages. My 4yo and 6yo are obsessed with it, and the game play is simple enough that the 4 yo was able to get the hang off it surprisingly quickly. The coop multiplayer also forces them to play together and actually help each other, which as a parent, I appreciate. If you have an xbox one and young kids and are looking for a game they can actually play and love, just buy it - you won't be disappointed.
Read more
14 people found this helpful.

D. L. Lin
5.0 out of 5 starsVery Addicting
9 March 2017 - Published on Amazon.com
Platform For Display: Xbox OneVerified Purchase
I'm so surprised that me (40 years old) and my 4 & half yrs old son can actually having so much fun playing this game together. For less than 20 dollar, i dont see any reason not give this game a try, especially u can enjoy it to, so ur wife can leave you alone about spending quality with the kid. Now only Thing I'm worry about is my son is so addicting to it, and ask for to play all the time!!!
Read more
6 people found this helpful.

CDL
5.0 out of 5 starsCan say we love it now!
15 May 2020 - Published on Amazon.com
Platform For Display: Xbox OneVerified Purchase
Have never been so frustrated with a game at first until we realized we were the problem. We would spend hours playing and then the next time we played, we'd be set back to 0. I was all over the internet searching for reasons why ... turns out, you have got to be extremely careful to hit the Continue button - not New game!

My 6 year old and I play this - some of the levels are way difficult so we call in the 17 year old for backup.

Music and animation are good for us.

Pedro Cati
5.0 out of 5 starsADDICTING!!!
22 February 2014 - Published on Amazon.com
Platform For Display: Xbox OneVerified Purchase
i didn't know what to expect besides it being a 2D platformer but Rayman Legends is truly ADDICTING. I highly recommend this game to anyone who has an Xbox One or any gaming system period. I finished the story mode jut yesterday but i still find myself playing the extra challenges and i am not disappointed.
Read more
22 people found this helpful.
Go to Amazon.com to see all 333 reviews 4.8 out of 5 stars
Free & fast delivery, movies and more with Amazon Prime
Prime members enjoy free & fast delivery, exclusive access to movies, TV shows, games, and more.
> Get started
Back to top
Get to Know Us
Connect with Us
Make Money with Us
Let Us Help You
© 1996-2020, Amazon.com, Inc. or its affiliates